The Best Show Not On Television (It's On HBO) 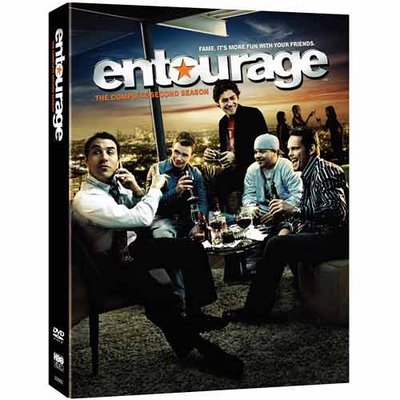 I've been waiting for season two of Entourage to come out for months now. Since the end of last season basically or more specifically when it stopped being available On Demand. Entourage is by far my favorite show. It isn't actually out yet though it's released 06/06/06. That's kind of scary isn't it? I didn't notice until I typed it.
I pretty much force anyone who spends any time with me to watch it eventually. Thus far none of them have had the guts to tell me they felt anything but love for the show. If you haven't watched it I understand. The HBO ads don't actually do much to intice you into the show. You really have to watch the show and even better if you can watch a few of the episodes in a row. Don't bitch to me about not having the time for TV because most episodes are less than 30 minutes long and available On Demand hours after each episode premieres. Yeah, I wasn't interested either until a friend sat me down and forced me to watch several episodes in a row. I was up really late that night watching every episode available. The show is just damn funny. You should take my word for it and watch every episode you can find On Demand so you're ready when the new season starts on June 11th. Trust me it'll be worth it.