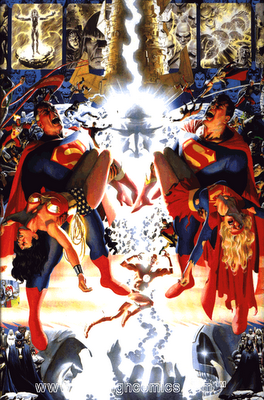 I read a lot of comic books. Comic books are almost cool these days. I think the people who decide cool are waiting for me to stop reading them before making a declaration. When I was a kid I used to walk from my house to The Million Year Picnic in with my little brother Chris. I'd make him pick up every can and bottle along the way and put them into the trash bag I was always sure to bring. Usually, I bring up this story when I want to embarrass my brother or make someone laugh. I bring it up now because doing the same thing today would net me perhaps two or three comics at the most assuming the crowds of homeless people these days wouldn't have already scoured our route clear of any and all recyclables. Back in the day that two mile walk would buy us 10-12 comic books and train fare home.

I guess what I’m wondering is how poor kids get comics these days? Are they buying them at all? Comics don’t sell nearly the numbers they used to in my day let alone what they used to sell in my father’s day. Maybe the poor kids have been cut out. Maybe that’s why there seems to be so much violence and lack of desire to do the right thing among kids these days. I feel confident that comic books have made me a better person. Every time I help make someone’s day or life easier I can trace it back to Peter Parker or Steve Rogers doing something similar. I know that sounds corny but I think it’s true. Please don’t think I’m some compulsive do-gooder because I’m not. But I do try to do the right thing more often than not many times 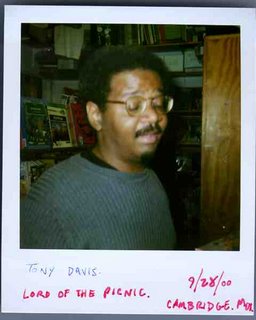 at my own expense. Don’t worry I’ve been called crazy before.

If you read comics now or if you used to read them way back you’ve probably heard about the Crisis on Infinite Earths. The Crisis was created in part to help clean up what had become a very convoluted universe of superheroes which included multiple versions of heroes like Superman, Flash and Batman and in part to tell an awesome story. Recently DC Comics has revisited this storyline. It appears that some of the extra versions of superheroes not killed in the crisis have been 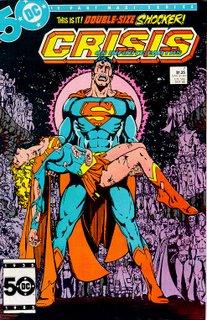 trapped in some form of limbo. From this limbo they can observe what’s happening on the sole remaining earth. They aren’t happy with the way the present versions of superheroes have been doing things. Superman is indecisive, Batman doesn’t trust Robin, Nightwing, Batgirl or even Commissioner Gordon Wonder Woman kills. This new storyline called Infinite Crisis is basically over but I’m sure it will be released as a trade paperback before I can spell the name of Superman’s fifth dimensional enemy (send me his name spelled right and I’ll tell the world how smart you are). The heroes have reunited and beaten the real threat to the universe. There is once again only one Superman, one Superboy and so on. There are some aftermath stories being told under the One Year Later banner. The major heroes (Superman, Batman and Wonder Woman and the people around them) have had their stories advanced by a year. This a year the DC universe has spent without an active Superman, Batman or Wonder Woman. There is a 52 part series being released weekly called 52 to tell the story of what happened in this year without the big three. The idea is that in this year these heroes have rededicated themselves to doing the right thing all the time. Infinite Crisis is a pretty good story even if it doesn’t match up to the original story (it’s also far less dense so that could even things out quite a bit). I highly recommend it. 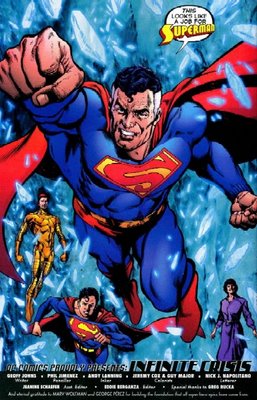