One Last Movie With Erica 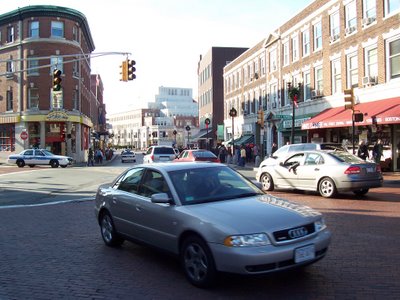 I've written about hanging out with my friend Erica on a few different blogs (you can read one them here). She's moving away perhaps for good and last night was my best last chance to hang out with her. She's not drinking much these days and I've cut way down so hitting a bar like we have a thousand times before wasn't a great option. Instead we decided to have dinner and see a movie. I suggested we do it in since it was convenient for both of us and I was having a bout of gout in my left ankle and wasn't up to covering too much ground. We met in front of the Border Cafe which is one of my favorite restaurants. It's a Mexican Restaurant. I wasn't extremely hungry so I ordered a salad (which was of course HUGE) the Steak and Blue Cheese Salad. It was amazing. It’s been quite a while since I've enjoyed a salad so much. I couldn't even finish it which almost never happens. If you're ever in looking for a place to eat I highly recommend it.

After Dinner we walked down the street to the Loews Theatre I've been going to for as long as I've been going to movies. Only it isn't a Loews anymore but an AMC. I have yet to notice a difference. Rather than decide in advance we had decided to just walk up and decide. I'd secretly scouted ahead and found a synopsis for each movie.