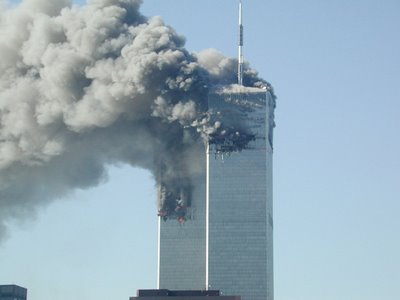 ABC News had a story yesterday about the Department of Homeland Security's assessment of New York's national monuments and landmarks. Apparently it doesn't have any.

New York has no national monuments or icons, according to the Department of Homeland Security form obtained by ABC News. That was a key factor used to determine that New York City should have its anti-terror funds slashed by 40 percent--from $207.5 million in 2005 to $124.4 million in 2006.

"All I can tell you is if you look at their worksheets, and it says that New York City doesn't have any high visibility national icons ... I mean, I don't have to list the Brooklyn Bridge, the United Nations, Rockefeller Center, the Statue of Liberty, Empire State Building and the Stock Exchange," New York Mayor Michael Bloomberg said in response to ABC News' questions.

If you needed better evidence that this country is being run by a moron and his appointees look no further.