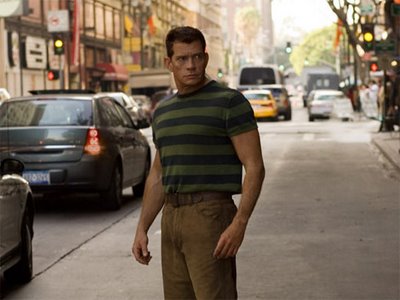 Thomas Haden Church, who plays Flint Marko/Sandman in the upcoming Spider-Man 3, told SCI FI Wire that he had to get in great physical shape to play the villainous character. "It was physically daunting to show up last year with the physique of a fishwife and, weirdly, they said, 'This won't work for us,'" Church said, with tongue in cheek, in a group interview at Comic-Con International in San Diego last weekend. "[They said,] 'You've got to be more built.' But, actually, [co-star] Topher [Grace, who plays Eddie Brock/Venom,] and I both trained with a team of [physical trainers]."