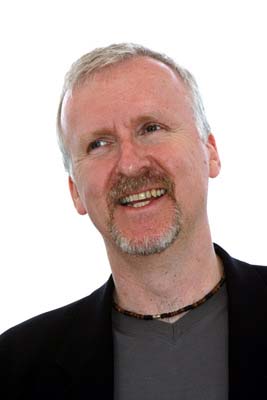 I love this stuff. With James Cameron on board I'm sure it'll be awesome.

BY PAUL H.B. SHIN
DAILY NEWS STAFF WRITER The director who created an apocalyptic vision of the future in "The Terminator" films is now using his considerable Hollywood pull to tell another story of biblical proportions - the Exodus.

James Cameron, the creative force behind such mega-blockbusters as "Titanic," "T2" and "Aliens," has teamed up with investigative journalist Simcha Jacobovici to produce a provocative new documentary called "The Exodus Decoded."

The 90-minute film sheds light on what Cameron and Jacobovici say is previously overlooked archeological evidence that the Exodus of the Jews out of Egypt - recounted in the Bible - actually happened.

"Whether it's a completely mythic story that's specific to the Judeo-Christian religion or whether it's something that really happened, knowing there was a physical event that underlies that is fascinating," Cameron told the Daily News yesterday.

"It's individual pieces of evidence that start to form a compelling pattern," said Cameron, executive producer of the $3.5 million documentary scheduled to premiere in the U.S. Aug. 20 on the History Channel.

Over six years, Jacobovici tracked down more than a dozen archeological relics that back up the assertion that the Exodus was a real event that occurred about 1500 B.C.

These include a 3,500-year-old image carved in a piece of jewelry that matches the biblical description of the ark of the covenant; an Egyptian royal signet ring inscribed with the name of Joseph, whose father led the Israelites into Egypt, and a layer of volcanic ash that may explain several of the 10 plagues that preceded the Exodus.

"The common wisdom is there isn't a single piece of archeological evidence backing up the biblical story of the Exodus," Jacobovici said. "What we brought to the table were the tools of investigative journalism."

Dan Brown's best-selling novel "The Da Vinci Code" showed there was a great "yearning" by people to learn more about biblical stories, the filmmakers said.

"Any time we can understand our collective history as human beings better, then we should," Cameron said.