I Used to Love That Song 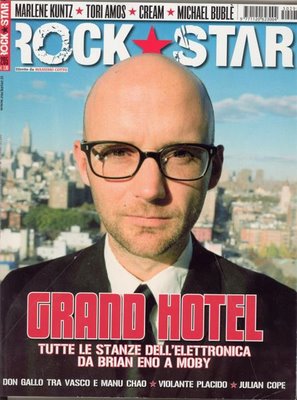 If you have ever uttered the phrase "I used to love that song" you can probably relate. I have dozens of songs that will send me into depressed state or at least a maudlin one. Bryan Bruchman and Mary Phillips-Sandy have created a site that just might help you and I get over it. Ruined Music is the name of the blog style site that posts the stories that ruined those songs for you. It's like therapy I guess. You know talk about it and you'll feel better. Even if it doesn't help there are lots of cool stories to read. You never know it might help...

The New York Post gathered a bunch of famous artists to discuss their own ruined music. To me that's an even cooler idea. Unfortunately you would need to have quite a bit of juice to keep a site like that going for long. But the Post samples are pretty cool. I stole a few to encourage you to read the rest of the article. The things I do for you people...

"In 1994, I was living with my girlfriend at the time. We were out one night and we heard 'Just Like Heaven' by the Cure, and she drunkenly mentioned that this had been the song that was playing when she first met the boyfriend whom she had been with before me. So whenever I've heard this song I've thought of the good times, which were invariably better than the times that she and I had together, that she had with her ex-boyfriend. It's a beautiful song, and it kills me that it's been ruined for me for 12 years."

- Moby, whose best-of collection will be released Oct. 24

"I met this girl backstage at one of our shows. Later that night we were hanging out on the tour bus when 'Knocking on Heaven's Door' came on. The moment had the potential of greatness - chilling with a beautiful girl, Dylan's throaty voice and sweet melody filling the room. Instead, five seconds into the track, she turns to me and says, 'Oh my God, who is this? I didn't know someone did a cover of Guns N' Roses.' When I explained that Bob Dylan originally wrote the song, all she would go on about was how Axl and Slash were gods. Needless to say, she was off that bus before the chorus. Now, every time I hear it, I'm reminded of a level of musical ignorance I didn't think possible."

"My first boyfriend thought he was a poet. Wait, it gets worse. My first boyfriend thought he was a poet but he dreamed of becoming a mime. He also had a long blond ponytail. Henry was willing to drive me anywhere, so off we went, sans map or directions, just heading south with the assumption that we'd find a scenic coastal spot - you always do, if you head south in Maine. As is usual in driving situations, I wanted to listen to a tape. 'Oh yeah,' Henry said, fishing in the glove compartment. 'Um, I made a tape. We can listen to it.' The first song was Simon and Garfunkel singing 'Cecilia.' He took one hand off the wheel and grabbed my hand off my lap. 'This is our song,' he announced. His palm was sweaty.

"When I finally called it quits in the fall, he was so upset he began mailing me drawings of bursting eyeballs - no notes, just sketches of popping veins and detached retinas. Then he started calling my radio show every week, anonymously, to request Tool songs. (This was to let me know that in addition to being upset, he was angry). Ever since then, the sunny intro of 'Cecilia' has made me cringe."