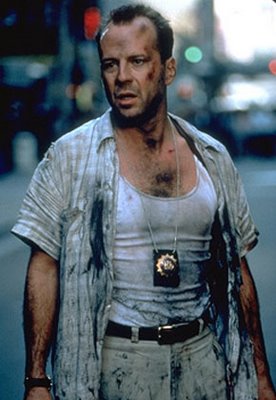 After a decade's hiatus, 20th Century Fox will release the next installment in the "Die Hard" action franchise next summer over the coveted July 4 holiday weekend.

The only other studio release skedded for the frame thus far is Par's "Transformers," which opens July 4.

Fox, in revealing the title and confirming Willis' deal, said the release date is particularly appropriate since the storyline is set around July 4. It's not an unfamiliar strategy for the studio, which released Roland Emmerich's "Independence Day."

Len Wiseman, who directed the "Underworld" franchise, will direct "Live Free" from a screenplay by Mark Bomback.

In the pic, an attack on the country's computer infrastructure begins to cripple the nation. But the man behind the attack never expected an old-fashioned cop to mess up his plans.

Fox doesn't seem to be worried about the lengthy gap in the franchise's history. "Die Hard: With a Vengeance," the third title, bowed in 1995.

Studio said a new generation of fans has adopted the franchise -- first launched in 1988 -- through homevideo and vidgames. Theatrically, the first three films grossed nearly $750 million in worldwide box office.

There's buzz that Justin Long may take a role in "Live Free," but so far, Willis is the only announced casting.