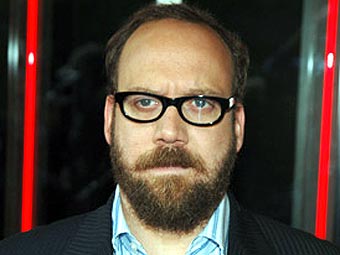 Oh man, this sounds like an awesome idea! I hope it comes off.

Paul Giamatti is in negotiations to star as sci-fi author Philip K. Dick in an untitled biopic that his newly launched shingle Touchy Feely Films is producing with Anonymous Content.

Authorized biopic also is being produced by the Philip K. Dick Estate through its Electric Shepherd Prods.

Tony Grisoni ("Fear and Loathing in Las Vegas") will write the screenplay.

Dick, who died in 1982, penned more than four dozen books and numerous short stories, with at least seven being adapted for the bigscreen, including "Blade Runner," "Total Recall" and "Minority Report." "A Scanner Darkly" is in theaters now.

The nontraditional biopic will interweave the prolific author's life with his fictionand incorporate elements of his last unfinished novel, "The Owl in Daylight."

Giamatti is onscreen in M. Night Shyamalan's "Lady in the Water" and provides one of the voices in "The Ant Bully."