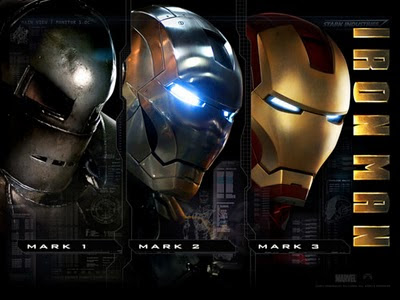 I went into Iron Man 2 with very low expectations. The trailers and leaks that I saw led me to believe that the story was veering away dramatically from the comics-centric storyline that the first movie was built upon. But fortunately the previews did not do the movie justice. I would not say the movie was great. However, the movie was entertaining from start to finish and well worth your ten bucks.

The acting is superb, which is not something I have come to associate with comic-book movies but it certainly was. With Robert Downey Jr., Don Cheadle, Scarlett Johansson (though I think her character was shoved into the movie unnecessarily), Gwyneth Paltrow, Sam Rockwell and Mickey Rourke I probably should have expected more. The most entertaining moments in the movie for me were the arguments between Tony Stark and both Pepper Potts and Don Cheadle. Very well done. Sam Rockwell was excellent as Justin Hammer and Rourke was also great as the primary bad guy -- Ivan Vanko.

As a comic fan, I found it interesting that they chose not to name Vanko's costumed/armored persona as Whiplash and then Titanium Man. If you haven't been reading the comics or at least the comic press about the movie they were just Ivan Vanko with whips and armor. As the bad guy he was excellent and in truth his movie origin story was better than the comic version for either character. They also continued to develop without dwelling on the Tony Stark as alcoholic storyline. Don Cheadle was good as Jim Rhodes although he did not seem as friendly with Tony Stark as he did in the last movie.

The Shield/Avengers storyline continued to develop. I think it is odd the way they seem to be melding the traditional Marvel storyline with the Ultimates/Avengers story. Unfortunately, the Avengers bit did not fit organically into the story. I think it was crammed in mostly to satisfy the fans eagerly anticipating the eventual Avengers movie. Hey I want to see it too but I'd rather wait and see it done right. I suppose there was also a marketing angle to it as well but it seems early for that.

Go see it, it has its flaws but you'll leave happy.
Everything That Entertains Iron Man 2 Marvel Comics Marvel Studios